Is Software Patentable in India? 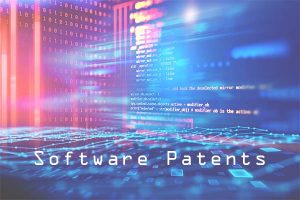 The fast-growing software industry and a faster pace of technological advancements have made it essential to protect the intellectual property (IP) vested in the software, programs, and all those machines that use such programs and software. Software is a set of instructions that commands the operation of a system and are intangible in nature. Due to this different nature of the software, it falls outside the category of any traditional goods and thus, it won’t be justified to treat it in a like manner with other goods. Unlike other traditional goods, when a software is sold, the buyer gets a license to use the particular software along with some other particular and specified rights indicating the dos and don’ts for the licensee.

Software and computer programs face cutthroat competition in the market and are pretty vulnerable to suffer undue economic loss as it might be accessed by users without payment and also, the software is vulnerable to piracy and being copied. Further, due to fierce competition, there is a serious threat of being outdated very soon as the competitors might bring a competing product quickly. The protection of software under the IPR mechanism will not just protect the economic interest of the owner but also will promote innovation and creativity.

Talking of software, copyright and patent are two IP protection that comes to the mind, immediately. Copyright is the most common method of protecting software programs as writing source code and programs are similar to writing any type of literary or artistic work. A patent is the strongest way to protect an IP but there are many stringent criteria to be fulfilled in order to get a patent for software. Further, copyright infringement and piracy of software are not something new in this digital era, rather with such advanced technology it is even possible to copy the entire program code. Adding to that, copyright protection does not protect the process, procedure, or discovery. In general, novelty, non-obviousness, and industrial usage are the criteria for granting a patent to any invention, however, computer software and algorithms fall in a different category. Patent laws create an exception with scientific discoveries, mathematical formulae, and algorithms. Computer programs are considered as a form of applied mathematics. In India, the software is not directly patented but it can be granted patent if it is attached with novel hardware, an invention that is unique and capable of industrial use.

According to RBI’s annual survey, the export of India’s software services increased by 11.6% to $108.4 billion in 2017-18. For such expansion and growth of the software industry, the IP laws have been amended time and again. However, there is still no law that specifically and exclusively deals with software and computer programs. Software is protected under copyright, patents, and sometimes under the trade secrets. Even though we have legal provisions for IP protection, but the country fails in having a developed jurisprudence and therefore, the American approach is applied the majority of the times in dealing with such cases. Even the amended Information Technology Act of 2008 does not talk about the IP protection of computer software and programs.

As a general rule, the owner of the copyright is the author of the work himself. However, in the case of an employee-employer relationship, unless an agreement to the contrary, if the work is made during the course of the employment, the employer is the first owner of the work. Similar to the case of the employer-employee relationship is the case with the software and computer program. The owner of the copyrighted software has the exclusive right to store and reproduce the software. Any third party doing the same without property authority will be liable for copyright infringement.

However, the Act permits fair use and reverse engineering of the program and the same won’t constitute to be an infringement. Further, creating copies or adaptation of such a program by a lawful possessor of such a program in order to create a temporary backup for the chances of loss or destruction of such a software program, for the purpose for which it was transferred, shall not amount to infringement. In addition to these, any person having been granted a license by the copyright owner to use his copyrighted work, cannot be made liable for copyright infringement.

Hence, the patent becomes essential for the protection of software as patent works on the scope and not on how one developed the work. A patent can be an ideal solution when the question concerns the protection of ideas and the functional aspect of the software. But, for being granted a patent, it is necessary that the program is not merely an algorithm but is a technical invention that is eligible for such a grant of patent. As per Sec. 3 (k) of the Patent Act, 2002, a computer program cannot be patented per se.

For computer software to be eligible for a patent grant, it must not be –

2. A computer program that cannot be patentable

Similar to copyright, patent laws also allow the patent owner to give a license or assign his patented work to any individual or third party giving them certain rights over patented work. Such a license is to be granted by a written agreement wherein all the terms and conditions are precisely mentioned.

Idea, structure, or design specification of software may be included as a trade secret. Trade secret protection depends on the nature of the software and how it is distributed. A software that is distributed only as an object code can be protected partially if the source code is kept confidential.

However, there are several limitations to trade secret acting as a method of protection. There is no way the owner can have a remedy against any person or party who is able to reverse engineer the trade secret from the data made available in the public domain. It is further important to mention that if the software or computer technology is vulnerable and can be easily copied, then such technology is not fit to be a trade secret.

Similar to any other contract, software contracts are also governed by the Indian Contract Act. Such software contracts can be in the form of an agreement or license or maybe sale. If a software fits into the definition of “goods” as per the Sale of Goods Act, which includes any movable property tangible or intangible, shall be governed by the principles and provisions of the Sale of Goods Act. In Tata Consultancy Services v. State of Andhra Pradesh (271 ITR 401) Supreme Court considered software to be good, further stating that irrespective of the IP of software, computer software can be considered as ‘goods’ and is liable for taxes.

Though there is no stopping of the rightful owner of a software or computer program from granting access to his work to any third party, it has been seen that the owners of software prefer granting a license to the buyers than actually selling the software to one. This is preferred for the reason that the license is firstly governed by IP laws and further, the license provides a scope of retention of some substantial and important rights related to the software and leaves greater chances of controlling the software with the owner of the said software. As a result, such a software license ensures that almost all rights are reserved with the owner except the right of running the software on the licensee’s device.

In general, the protection of computer software in India is under the copyright laws, itself. However, there is a scope of protection of literal and non-literal parts of the software, fair use criteria, and authors right under the ambit of license agreements which is yet to be discovered and recognized by the Indian courts. It is further concluded that such a program can also be protected under the patent laws provided that it is not merely an algorithm-based software but is an invention per se. With no proper legislation defining the scope of protection of software as a trade secret, trade secret seems like a limited and restricted option for the protection of IP vested in the software.

In such an advancing and growing digital era, having such limited options for the protection of one’s original work in the field of software and computers might lead to a lack of innovation and creativeness coming forward. Hence, it is essential that all these laws which are so scattered and vaguely made, be developed and put in place for better protection of the creator’s work.