All You Need to Know About “Well-Known Trademarks” 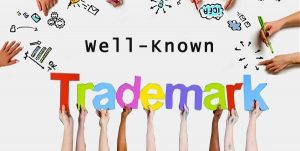 With the coming up of the new Trade Mark Rules 2017, a new procedure has been created that allows the Registrar to proclaim a particular trademark as “well known”. According to the new rule, a trademark owner can file an application in form TM-M with a request made to the Registrar for declaring the mark to be “well-known”. A well-known trademark has been vouchsafed with extraordinary protection and safeguards against passing off and infringement of such trademarks. Well-known trademarks are recognized in India on the basis of their reputation, nationally, internationally, and the cross-borders.

What is a well-known trademark?

Unlike other trademarks whose goodwill and reputation are limited to a certain specified geographical area and to a certain range of products, well-known trademarks have their goodwill and reputation protected across the nation and across categories of goods and services. It is a law that restricts the Trade Mark Registry to allow and register any mark as a trademark which is deceptively similar to any of the well-known trademark. For instance, Google has been registered as a well-known trademark of Alphabet Inc., which thereby means only Alphabet Inc. can register the term ‘Google’ for any category of goods and services. Even if the service is not related to the Internet industry, no other company but Alphabet Inc. can register ‘Google’ as its trademark.

This rule permits the trademark owners to file a request for a grant of a “well-known” trademark to the Registrar in form TM-M. Before the coming up of this rule, a mark was declared well-known only after proceedings, rectification, and opposition-held before the Hon’ble courts. With the advent of this rule and the procedure laid thereof, a trademark owner can request for a well-known trademark without getting into any proceedings or rectifications. Rule 124 ensures a trademark to be granted the tag of “well-known” merely by an application of request to the Registry.

i. 11 (2) Protection of well-known marks across all classes

The provision of this section extends the ambit of protection provided to the well-known trademarks. According to this clause, well-known trademarks are to be recognized and protected across all the classes of goods and services. A relevant portion of the section has been reproduced herein:

(a) is identical with or similar to an earlier trademark; and

ii. 11 (6) Factors taken into consideration while determining the trademark as well-known

A Joint Resolution Concerning Provisions on the Protection of Well-Known Marks was adopted by WIPO in the year 1999 in order to protect the well-known marks from misuse and infringement, wherein various factors to determine a well-known trademark was enlisted. India being a member of the World Trade Organisation, adopted these factors and enshrined it in clause 6 of Section 11 of the Trademarks Act. These determining factors include – [ii]

The section specifically mentions certain conditions which need not be required for the purpose of granting of a well-known trademark. These conditions are-

It can thus be stated that for a trademark to be granted protection in India, it is not necessary that the mark owner has his business in India or its trademark is registered within India, nor is it required that the trademark is known to the masses as a whole.[iii] Thus, the particular provision provides for the concept of the trans-border reputation of the trademark.

It is an obligation on the registrar that in case of a dispute and/or infringement the registrar must protect the interest of the well-known trademark against the identical ones and also must take into consideration and notice the ill intention and malafide motive of the complainant or the opponent.

Filing of a well-known trademark

With the incorporation of the new Trademark Rules 2017, a trademark owner can directly file an application for a well-known trademark to the Registrar. The said application of request should be accompanied by a statement of the case, relevant documents, evidence, and a fee of Rs. 1,00,000/- which has already been prescribed. It is also mandatory that the application is to be filed online through comprehensive e-filing services of the trademark. Once the application is received, the application shall be considered in accordance with the documents submitted.[iv]

Documents needed to be submitted while filing application[v]

All the documents along with the evidence are needed to be submitted in a PDF format with a resolution of 200 X 100 dpi on A4 size paper and the total size of the documents not exceeding 10 MB.