Parody & Fair Use In India: Beyond The Veil On The Intersection

Parodies have taken the Internet by storm and a majority of content on social media consists of memes, reviews, covers, satires, etc. Parodies are basically a reproduction of work by an extension of the original. It may be expressed in any artistic medium, including music, visual art, film, as well as literature. 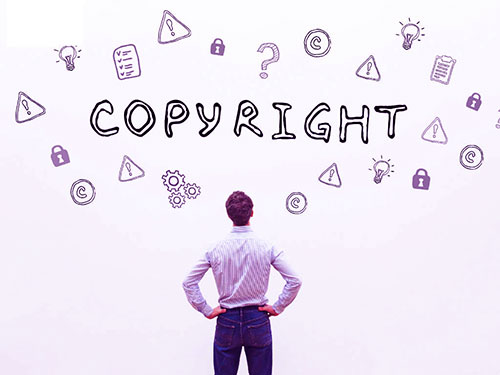 Parody does not necessarily need to refer to or ridicule a specific work. It may refer to something else that it wishes to highlight or critique, and sets it in a different context.

A parody essentially places reliance on the original work which may lead to copyright issues if it fails to pass the test of sustainability under the Indian IP Laws. In the absence of straight jacket statutory laws, the precedent set by the Indian judiciary has time and again defended parody with the defense of ‘Fair Use’ of such work.

Section 52(1)(a) of the Copyright Act specifies that fair dealing or use of any work for criticism and review will not amount to infringement of any original work. There is a thin line between creative criticism and imitation and to do away with the confusion, a 3-condition test has been laid down by Kerela High Court. Determination of quantum and value of the matter, the purpose of recreation, and the likelihood of competition between the two works are the three criteria that will be taken into consideration for a work to qualify for this defense. This concept under the Indian law is in consonance with the exceptions provided by the Berne Convention and Article 13 of TRIPS Agreement. If parody sees the light of the day beyond this test, it is defended by ‘Fair Use’.

Parodies are an extension of original work and if the subsequent work is completely different from the prior work, no copyright would be infringed. The prior work should necessarily vary from the new in terms of creativity and expression.

Essential to the test of ‘fair use’ is the determination of intention which overlooks the dependency of parody on the original work. How is the scope for comparison between the two works omitted as the mere purpose of existence of parody is the contrast?  The existence of an intention to steal the copyrighted work should read aloud in bright light. The intention to commercially exploit the original work and doddle on its goodwill results in infringement of the rights of the copyright owners.

Parody is an extension not only for the work of art but also for economic purposes. Where there is an intention to be associated with original work, more often than not dependency for commercialization follows through. No matter the degree to which the parody is alienated, the original work will always be traced for comparison. The primary rationale for intellectual property law is it seeks to ensure a fair return to authors, inventors, and public figures for their labor. Hence, encouraging parodies with a higher degree of semblance with the original work would amount to closing eyes to the labor, cost, and effort put in by an artist.

Copyright laws in India protect parodies for creating extensions of work of art but more often than not, they are replication and distribution of other person’s intellectual property. Review & Commentary videos are original works with little inoculations, but substantial portions of the subsequent video contain bits of the old copyrighted content. The essential point to note here is that if essential features of original work are copied in the new work, the defense of fair use would not stand.  In many cases, colorable imitations in the name of parody outrightly infringe copyright.

In the era where parodies are flooded over the internet, there are instances where statements and actions of a celebrity are used to create humorous content at the cost of infringing their Personality Rights. Various pages on social media are solely dedicated to creating and/or publishing memes on one particular person. Personality Rights are an extension of a persona and such recreations may make way for trolling. Memes are a kind of parody defended by fair usage but they may lead to defamation of popular names and brands. Such cases have a very small subset, but the infringement of personality rights cannot be diluted until it is for the purpose of awareness.

Satirical techniques of parody include exaggeration of a topic to the extent of making it ridiculous & preposterous. Satires are a form of healthy, social, and artistic criticism that adds to the political, social discussion. Many-a-times satires go on to glorify the misconducts of the society leading to a contradiction in the object of its creation. The ‘intention’ to recreate an artistic work is long lost to seen by the eyes of a layperson. The Indian television industry has been one such example where satirical remakes of famous novels have been shaped into daily soaps. Artistic works should be remade with a sense of responsibility so as to justify the protection granted to it, even if the purpose of the creation of two works in question is not similar.

Intellectual Property Rights aim to protect the creative efforts of an artist but not at the cost of utilitarianism & maximization of social welfare. The laws should strike a definitive balance & the extent of exaggeration should be defined.

Parodies pose harm to the sui generis feature of copyrighted artistic works zeroing out the protection by the laws. The idea-expression dichotomy becomes lackluster. The defense of ‘Fair Use’ may be an extension of the Right to Freedom of Expression but the absolute application of this doctrine is unconvincing.

Not all parodies qualify as fair use and there is a need for clear laws to deal with the ones outside the purview of defense. A blanket statement on parodies would be jumping the gun. The bracket of defense to parodies should be narrowed and dealt with on a case to case basis.

Author: Akanksha Sachan, a 5th-year student of Dr. Ram Manohar Lohiya National Law University, an intern at IP & Legal filings.  In case of any queries please contact/write back to us at support@ipandlegalfilings.com 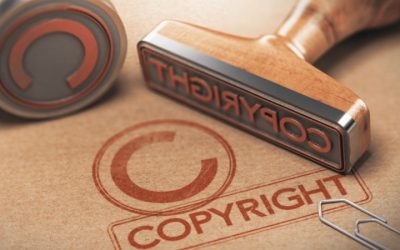