Trends In Patent Regime Of India From 2012-17: An Efficient Era?

The Indian government has tried to strengthen the patent regime in India over the last few years. An Intellectual Property Rights (“IPR”) friendly regime is important for attracting foreign investors and companies. It also promotes growth of innovation by both domestic entrepreneurs and start-ups across all industries. Globally, India is presently Rank 14 in Patent filing activity by origin while China has consistently stayed in Rank 1 position. This article analyses the trends in the patent regime of India from 2012 to 2017. The main source of information is the Annual Reports released by the Office of the Controller General of Patents, Designs, Trademarks and Geographical Indications (“Patent Office”). 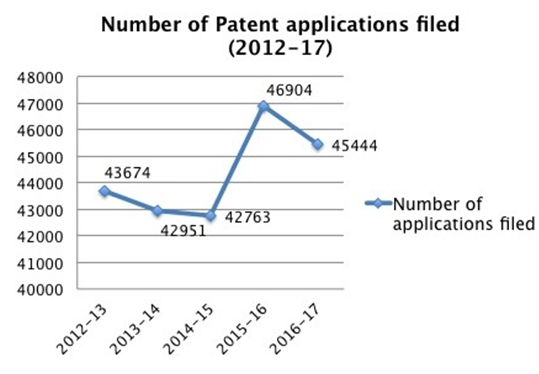 There has been 136.1% increase in the number of applications filed in the Patent Office probably because of the drastic increase in the recruitment of Examiners by the Office. In 2016, the Department of Industrial Policy and Promotion (“DIPP”)recruited 458 patent examiners. From 12,268 applications examined in 2012-13, the numbers went up to 28,967 in 2016-17. 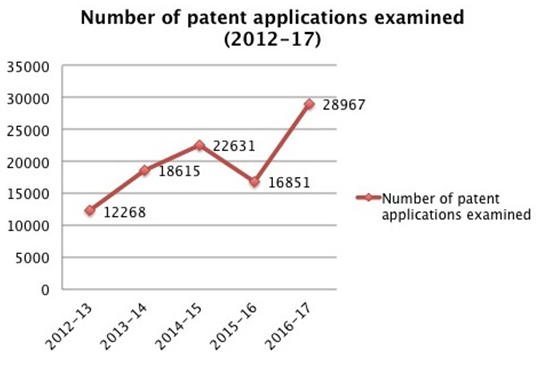 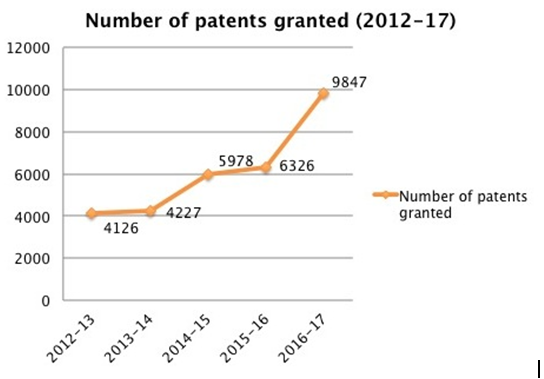 ii. Fields Of Inventions In Which Patents Granted

Consistently, the chemical field has had the largest share in the number of patents granted from 2012-2017 while fields such as bio-medical and agriculture engineering have had negligible shares (and thus clubbed together with other fields). 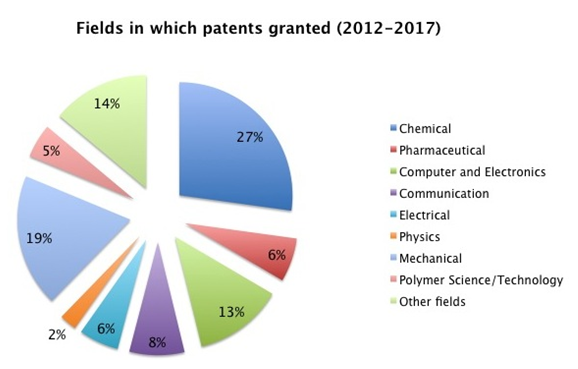 The pendency time for the final office decision was calculated as the average time (months) from request for examination to final decision. If there is no requirement for applicants to request examination, it was calculated from filing date to date of decision.

However, the top Indian patentee has been the Council of Scientific and Industrial Research from 2012-17, with 104 patents granted in 2016-17. Amongst the foreign resident patentees, there has been close competition between Qualcomm and GM Global Technology Operations through the years. In 2016-17, Qualcomm had the most patents granted, that is, 383.

Despite the increase in number of Examiners and patents granted, there is still a lot of work to be done in the area of time management by the Patent Office. The increase in the number of Examiners is a welcome step to ease the burden but, efficiency is also required along with quantity. With respect to patents granted, the previous years (2012-2016) had an average of 5,164 patents granted but the figures from 2016-17 have pushed the average to 6,100. Since there was sudden drastic growth in the number of patents granted in 2016-17, it is too soon to say what the trend is going to be like. However, DIPP’s mass recruitments will ensure that increasing number of applications are examined every year. Hopefully, India will soon be at par with major patent offices such as China, Japan and the United States.

Author:  Aparajita Kaul, Intern at IP and Legal Filings  and can be reached at support@ipandlegalfilings.com.