Tale Of The Contentious Broccoli Patent 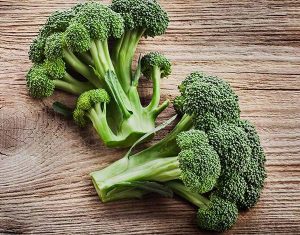 The European Patent Office accorded a patent on a special kind of Broccoli, containing high content of glucosinolates with health benefits; vide patent number EP1069819, in 2002. This particular kind of broccoli plant stems from the cross-breeding of wild variants of broccoli, consisting of native traits, with broccoli of commercial varieties. The patent granted covers not just the grown plant but also the seeds and the harvested food. Owned by the company Monsanto, the patented broccoli is marketed as “super broccoli” in the countries of the US and UK. In 2013, Seminis, a company owned by Monsanto (which has now been bought up by Bayer) was granted patent EP1597965 on broccoli with a longer stalk than other varieties, making it easier to mechanically harvest the crop. Since the grant of patent protection, the same has been vehemently opposed by the competitors.

In light of the opposition to the Broccoli patent, the European Patent Office’s Enlarged Board of Appeal, the highest court of the EPO, in March 2015, declared that plants or seeds obtained through conventional breeding methods are very much patentable. The Enlarged Board of Appeal basically decides on points of law referred to it by the Technical Board of Appeal, gives opinions on points of law referred to it by the President of the EPO, and decides on petitions for review of decisions by the Boards of Appeal. In this pertinent case, the Board was composed of seven members. It clarified that though the process of crossing and selection cannot be patent-protected, the end product, i.e, plants, and animals stemming from these processes can be patented.

This decision of the Board was heavily criticized by the coalition named ‘No Patents on Seeds’. The main contention of this organization was that “The EPO has paved way for companies such as Monsanto, Syngenta, and others to take control of resources that we all need for our daily lives. We call upon European governments to put political pressure on the EPO to change its practice. No company should hold monopolies on sunlight, air, and water. The same is true for the resources needed for food production.” The concerns of the organizations behind the coalition were that patents on plant breeding would result in market concentration and abrading of small breeding companies. This would, further, make farmers and other participants of the food supply chain all the more dependent on a handful of big international companies. This would not only adversely affect the interests of the stakeholders but would also reduce consumer choice.

Since the decisions given by the Enlarged Board of Appeal could not be challenged before another judiciary, the coalition (supported by hundred of organizations) resorted to demanding an amendment of the European Patent Law, itself, to exclude the following from patentability

The coalition also laid down another possibility for the European Commission, that of issuing a legally binding interpretation of existing law that stops the further granting of patents within the EU, on plants and animals from conventional breeding.

There were several political negotiations to reach an EU wide convergence in the assessment of bio-patents. As a result of these, the EPO amended its regulations in order to exclude the patentability of plants and animals derived from conventional breeding using methods like crossing and selection, in June 2017. For the first time in history, the adoption of new rules resulted in the revocation of any patent, that of Bayer AG’s controversial Monsanto broccoli patent, in 2018. The revoked patent covered the plants, the seeds, and the harvested “severed broccoli heads” as an invention.

The amended rules, as well as the revocation, were a result of the opposition filed by the coalition in 2014 and the protests thereafter. As a mark of their resentment to the patent that was granted, No Patent on Seeds had erected the “largest broccoli in the world” outside the EPO building in Munich. In addition to this, a petition with around 75,000 signatures supporting the opposition was also handed over. This revocation comes as a huge success for the coalition of No Patent on Seeds and also for “the broad coalition of civil society organizations against patents on plants and animals”, as stated by Christoph Then of No Patent on Seeds.

Though the revocation following the amended regulations is a huge leap forward, there still persist legal uncertainties and loopholes. For instance, very recently, in October 2018, the EPO rejected oppositions on conventionally bred barley by more than 30 environmental organizations, against patent holders Carlsberg and Heineken breweries. A public hearing for the case was conducted at the beginning of October, where the disputable patent was only restricted and not revoked. The EPO failed to take into consideration that beer brewing was not invented by these companies. Existing for thousands of years, barley, brewing, and beer are old and well-known traditions that cannot be owned by any particular company, to the exclusion of others, for the purpose of profit-making. Despite legally binding rules, the EPO continues to grant patents on plants derived from conventional breeding. As claimed by Erling Frederiksen for No Patents on Seeds (Denmark), “In 2018, patents were granted on Petroselinum, Cichorium, melons, tomatoes, and lettuce.”

There are certain pivotal areas that still need to be altered to ensure that the current prohibitions are effective.

The definition of “essentially biological process” has to be clearly mentioned to specify that it covers all conventional breeding processes, including, random mutagenesis as well as selection and propagation.

It has to be necessarily clarified that all “products” used in or emanating from essentially biological processes are circumscribed by the exclusion from patentability, be it plant/animal parts, cells, or genetic information.

The EPO has to ensure that it does not grant absolute protection to plant and animal breeding to such an extent that would enable a patent on a plant/animal derived from a technical process, to be extended to all conventionally bred plants with the same traits.

The European Parliament has to seal these loopholes as soon as possible to prevent chaos and the opening of floodgates of suits.

Author: Anwesha Singh, Intern at IP and Legal Filings, and can be reached at support@ipandlegalfilings.com.