Various Proposed and Some In Making Foldable Screen Smartphones

In the month of April 2018, Samsung filed its foldable touchscreen phone through the U.S. Patent application. Samsung displays the folding phone concept that has two separate linking displays linked by joints at the top and bottom. It has the signature Samsung’s curved edge-to-edge screens, which may seem like that it’s just a big screen when fully opened up.  The Samsung Patent application shows how the phone could be used for playing hi-end games like playing in portable video games or watching videos by fully opening the phone up and using the second screen for game controls. Samsung named this tech as Infinity Flex Display. It is an entirely new direction for Samsung smartphones that required the development of new materials and processes to make it fully functional.

Here comes the folding iPhone. Apple was granted its 1st Patent of a foldable smartphone from the US Patent and Trademark Office in November 2016. Further, a second Patent was filed and was granted which is focused on a flexible joint with the use of a fabric for its housing. The Patent application disclosed a touchscreen like a book that could be open and close. Apple tools joining Samsung and LG to launch the next generation of smartphones. 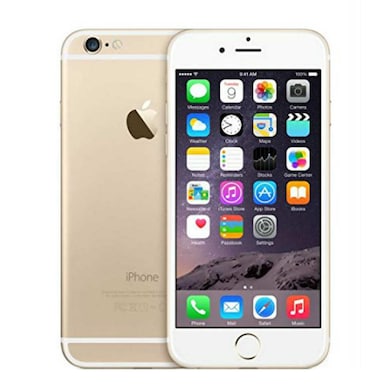 This electronics giant has filed a Patent at the Korean Intellectual Property Office (KIPO) which proposes that its foldable touchscreen smartphone would feature a borderless design with a full-screen display that is bent around the housing of the device.

The sketches in the Patent application indicate that the phone would come with a flexible screen that would cover all the four sides of the phone. Whenever the screen is folded, the phone would have a flexible display on the right side and the housing along with the display on the left side of the device. The sketches indicate that the display could be placed magnetically against the housing.

Xiaomi with a recent invention confirmed that they are developing the foldable touchscreen phone when the company shared a clip of its prototype on a social media site. The device is likely to be unveiled at the Mobile World Congress 2019, though there has been no official confirmation regarding that. Other than Xiaomi, Huawei, Motorola, and many other brands are also inventing foldable touchscreen devices.

According to the PR of Xiaomi “Xiaomi is first in the world to present a double-folding smartphone and has the same technical challenges posed in its three different form factors — double folded, single folded, and tablet form. Prior to finding the best solution, Xiaomi has conducted extensive research into the development of a robust folding mechanism”.

According to the 3D teaser video, Xiaomi foldable smartphone can fully unfold to a tablet with very thin edges. When it folded, the device looks thin and small with no buttons.

The projected advantages of foldable touchscreen smartphones can be double the screens in a compact shape, doubling your screen space without supersizing your phone would be ideal, for multi-tasking it can ease the multitasking performance as we can have 2 screens like emailing with one side and the keys on the other side, for playing hi-end video games in a portable gaming console atmosphere and many more benefits.

The Growth of Foldable Screen Technology Give Rise In IPR Filing

People used to think of Patents only in terms of protecting an invention. With the rise of the tech market, they have become an asset that can be acquired, sold, and traded. Companies also use and plan Patents defensively or aggressively against competitors.

Computer, electronic, and automobile Patents have been responsible for much of the growth in Patents. Over the past few years, the Patent applications have grown exponentially. One of the other main reasons that Patent filings are on the rise can be contributed to the growing appreciation of Intellectual Property which guarantees a better revenue stream that comes in royalties for the Companies which is coming under increasing pressure.

Author: Lakshay Kewalramani, Intern at IP and Legal Filings, and can be reached at support@ipandlegalfilings.com.