What is a PCT Application? 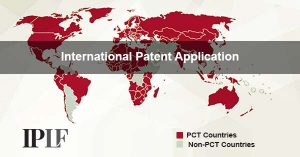 The Patent Cooperation Treaty, or the PCT as it is typically referred to, came into existence in 1970. The Treaty, which like any other Treaty is a legal agreement entered into between various countries.  The purpose of the PCT is to streamline the initial filing process, making it easier and initially cheaper to file a patent application in a large number of countries. You accomplish this by filing an “international patent application.”

It may generally be filed with the national patent office of the Contracting State of which the applicant is a national or resident or, at the applicant’s option, with the International Bureau of WIPO in Geneva. If the applicant is a national or resident of a Contracting State party to the European Patent Convention, the Harare Protocol on Patents and Industrial Designs (Harare Protocol), the Bangui Agreement, or the Eurasian Patent Convention, the international application may also be filed with the European Patent Office (EPO), the African Regional Intellectual Property Organization (ARIPO), the African Intellectual Property Organization (OAPI) or the Eurasian Patent Office (EAPO), respectively.

Procedure to file a PCT application

Though the examination and publication all are done by the international authority the granting of patents remains under the control of the national or regional patent Offices in what is called the “national phase”. So, the filing procedure is,

Filing: An international application is filed with a national or regional patent Office or WIPO, complying with the PCT formality requirements, in one language, and a set of fees. This has to be done within 12 months of filing the local application.

International Search: An “International Searching Authority” (ISA) (one of the world’s major patent Offices) identifies the published patent documents and technical literature (“prior art”) which may have an influence on whether your invention is patentable, and establishes a written opinion on your invention’s potential patentability. This has to be published within 16 months from filing the application in the home country.

Supplementary International Search (optional): A second ISA identifies, at your request, published documents that may not have been found by the first ISA which carried out the main search because of the diversity of prior art in different languages and different technical fields. This has to be published within 22 months from filing the application in the home country.

International Preliminary Examination (optional): One of the ISAs at your request, carries out an additional patentability analysis, usually on an amended version of your application. This has to be published within 28 months from filing the application in the home country.

National Phase: After the end of the PCT procedure, usually at 30 months from the earliest filing date of your initial application, from which you claim priority, you to pursue the grant of your patents directly before the national (or regional) patent Offices of the countries in which you want to obtain them.

What are the costs associated with a PCT Application?

(a) an international filing fee,

(b) a search fee which can vary depending on the ISA chosen, and

(c) a small transmittal fee which varies depending on the receiving Office.

Cost of filing a PCT  Application in India

In India, the filing cost of PCT will be,

What is a Convention Application?

The Paris Convention is an international treaty that allows applicants to file the first application in their home country. That application is referred to as a priority document or filing, and the date it is filed is called the priority date.

The 12-month convention period lets the applicant seek funding, perform market research, and turn an idea into a commercial product. All of these can be done following a single filing without risking a loss of rights in other countries.

If the Paris Convention didn’t exist, applicants would need to coordinate simultaneous filing in all countries that are of potential interest at the very start of the process. This would be complicated and costly, bearing in mind the need for translations in many countries.

(a)  For entering in National Phase Filing, a Convention Application allows only 12 months from the priority date while a PCT Application provides around 30/31 months. This additionally helps in determining the desirability of seeking protection in foreign countries, to appoint local patent agents in each foreign country, to prepare the necessary translations, and to pay the national fees;

(b)  If an international application is in the form prescribed by the PCT, it cannot be rejected on formal grounds by any PCT Contracting State patent Office during the national phase of the processing of the application;

(c)  The international search report and written opinion contain important information about the potential patentability of your invention, providing a strong basis for you to make business decisions about how to proceed;

(d)  An applicant has the possibility during the optional international preliminary examination to amend the international application, enter into dialogue with the examiner to fully argue your case, and put the application in order before processing by the various national patent offices;

(f)  An applicant may be able to fast-track examination procedures in the national phase in Contracting States that have PCT-Patent Prosecution Highway (PCT-PPH) agreements or similar arrangements;

(g)  Since each international application is published together with an international search report, third parties are in a better position to evaluate the potential patentability of the claimed invention;

(h)  For you as an applicant, international publication online puts the world on notice of your invention. You may also highlight your interest in concluding licensing agreements on PATENTSCOPE, which can be an effective means of advertising and looking for potential licensees;

(i)  An applicant also achieves other savings in document preparation, communication and translations because the work done during the international processing is generally not repeated before each Office (for example, you submit only one copy of the priority document instead of having to submit several copies); and

(j)  If an invention appears to be not patentable at the end of the international phase, the applicant may abandon the PCT application and you will have saved the costs you would otherwise have incurred by directly seeking protection in foreign countries, appointing local patent agents in each foreign country, preparing the necessary translations and paying the national fees.

This is a statistical data taken shows the highest 10 PCT filing countries for the year 2016-17 (updated in November 2018). From this, we can see that global entities are interested in not only protecting their inventions in their home country but also on a global level. So, for that PCT is the easiest, cost, and effective way to get it protected. In the above statistics, it can be concluded that from 2016 to 2017 except for the Netherlands and France in the other 8 countries have seen growth in the number of applications. In China, Japan, and Sweden the growth percentages are 13.5%, 6.6%, and 6.9% respectively which are more than other countries.

If we see the above chart we can see that the number of filings in India under PCT has been increasing gradually through all these years. This shows that Indian inventors are also not only concerned about protecting their inventions in India, but also on the global level and the reason being the same easiest, and cost-effective mechanism to get the maximum protection available for their invention.

After viewing the above two statistical data it clear that people want their invention patented in countries possible including their home country and as patent are given over new inventions which have extensive industrial use and high economic values such as life-saving pharmaceutical products. So, it should be protected from being infringed by any means. But the problem is that the applications are only examined and published by the International authorities and the protection is given by the Patent offices of dedicated countries through their domestic laws which vary from country to country and there is uniformity. So, besides examination and publication, the International Authority should have the power to also grant a patent for a specific period.

So, for this is how PCT brings the world within reach and streamlines the process of fulfilling diverse formality requirements and it also postpones the major costs associated with seeking multinational patent protection provides a strong basis for patenting decisions.

Author: Rohan Dalbehera, Intern at IP and Legal Filings, and can be reached at support@ipandlegalfilings.com.