Effect of Acquiescence on Trademark

The dictionary meaning of acquiescence is the reluctant acceptance of something without protest.

“Equity aids the vigilant, not those who slumber on their rights.”

It means a person who has been wronged must act relatively swiftly to preserve his rights.

The proprietor of the trademark must remain vigilant about any unauthorized use of his mark by others and if he doesn’t, he would not be entitled to claim any relief under the Act due to inaction on his part.

Condition prior to Trade Mark Act 1999

Prior to the provisions in Trade Marks Act, 1999 there was not any clear and precise law regarding the defense of acquiescence under the Trade Marks Act, 1940 and under the Trade and Merchandise Act, 1958, and the scope of acquiescence was based on judicial pronouncements. Under Trade Mark Act, 1940 the court permitted the defendant to take the defense of acquiescence under ‘special circumstances’ in Section 10(2) of the 1940 Act which says, “In case of honest concurrent use or of other special circumstances which, in the opinion of the Registrar, make it proper so to do, he may permit the registration by more than one proprietor of the trademark which is identical or nearly resembles each other in respect of the same goods or description of goods subject to such conditions and limitations, if any, as the registrar may think fit to impose.

Under Trade and Merchandise Act, 1958 the plea of acquiescence can be availed by the defendant under the ‘special circumstance’ under clause (1) of subsection (b) of Section 30 of 1958 Act which is as follows –

Section 30 – Acts not constituting infringement:- (1) Notwithstanding anything contained in this Act, the following acts do not constitute an infringement of the right to use of a registered trademark – (b) the use by a person of a trademark in relation to goods connected in the course of trade with the proprietor or a registered user of the trademark if, as to those goods or bulk of which they form part, the registered proprietor or the registered user conforming to the permitted use has applied for the trademark and has not subsequently removed or obliterated it, or has at any time expressly or impliedly consented to the use of the trademark.

The act came into force in 2003 and it clearly lays down the provision for acquiescence under Section 33 which is mainly evolved from the various opinions and judgments of the courts over the years.

(1) Where the proprietor of an earlier trademark has acquiesced for a continuous period of five years in the use of a registered trademark, being aware of that use, he shall no longer be entitled on the basis of that earlier trademark—

(a) to apply for a declaration that the registration of the later trademark is invalid, or

Section 33 of the Act in simple words allows the defendant to take the plea of ‘acquiescence’ against the proprietor of the trademark for his ignorance and inaction even after being aware of the use of the proprietor mark in good faith for the period of continuous five years.

The Supreme Court in the Ramdev Food Products Ltd. Vs. Arvind Rambhai Patel [AIR 2006 SC 3304] crystallized the law on the point as – The principle of acquiescence would apply where the plaintiffs found (i) sitting by or allowing another to invade the rights and spend money on it, (ii) it is a course of conduct inconsistent with the claim for exclusive rights for a trademark, trade name, etc.

The Delhi High Court in Jolen Inc. Vs. Doctor & Company [2002 (24) PTC 29 (Del)] observed that the defendant can avail the plea of acquiescence not only if he proves that the plaintiff is standing by but he has also to prove that the plaintiff has turned a blind eye for a substantial period. Bombay High Court in the case of Emcure Pharmaceuticals Ltd. Vs. Corona Remedies Pvt. Ltd. upheld that a mere failure to sue without a positive act of encouragement is no defense and is no acquiescence.

The exception to this section is in the words “good faith”. If the proprietor of the mark is able to prove that the defendant adopted the mark in bad faith, to trade upon the reputation and goodwill of the proprietor’s mark for commercial gains, then the plea of acquiescence doesn’t hold good. In the case of  M/s. Hindustan Pencils Pvt. Ltd. Vs. M/s. India Stationery Products Co. Ltd. [AIR 1990 Del. 19]- Delhi High Court held, if the user even after knowing that he is violating the right of the owner of the trademark, acts fraudulently, the relief of injunction is not denied.

Thus a mere delay in filing a suit would not amount to acquiescence. If the plaintiff even being aware of the use of a similar mark sits idle and allows the defendant to grow and popularize its business under a similar mark over a substantial period of time. However, it is clear that the defendant can only be allowed to raise the plea of acquiescence if he proves that he adopted the mark in good faith and without knowledge of the earlier similar mark being in use. Acquiescence can be a ground for granting injunction and factors such as knowledge of unauthorized use of the mark, ignorance, and inaction by the proprietor for a substantial period of time, mala fide intentions of the user are to be considered while deciding the plea of acquiescence, thereby, not only allowing the defendant to use the mark concurrently but also to get the mark registered!

Author: Ankit Chaudhary, Faculty of Law, Delhi University, an intern at Khurana & Khurana Advocates and IP Attorneys and can be reached at support@ipandlegalfilings.com 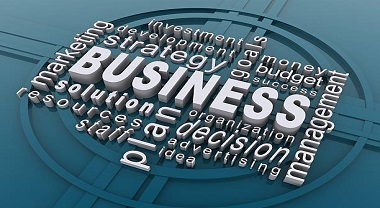 Framing an effective IP strategy in the Corporate 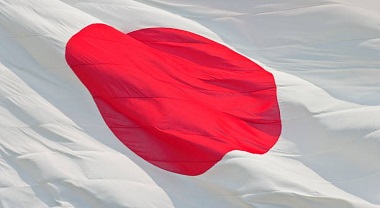 Getting your Trademark in Japan