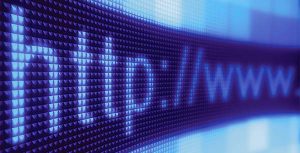 1. ICANN dispute resolution policy – A trademark is protected by the laws of a country where such a trademark has been registered. Moreover, a trademark may have multiple registrations in many countries throughout the world. Since the internet allows us for access without any geographical limitation, a domain name is accessible irrespective of the geographical location of the consumers. This will be beneficial for the universal connectivity which will grant domain name worldwide exclusivity and also many times the national laws might be inadequate to effectively protect a domain name. The international regulation was affected through WIPO and ICANN. India is one of the 171 states of the world which is a member of WIPO. Services provided by WIPO to its member states include the provision of a forum for the development and implementation of intellectual property policies internationally through treaties and other policy instruments.[1]

The foundation of the ICANN (Internet Corporation for Assigned Names and Numbers) in 1998 as a worldwide internet administration and the introduction of UDRP (Uniform Domain Name Dispute Resolution Policy) in 1999 for effective and cost-saving international domain name disputes. This has been one of the most remarkable events in the past, particularly for solving international legal problems originating through the nature of the borderless internet on the one hand and intellectual property rights of some users on the other.

2. Uniform Domain Name Dispute Resolution Policy – ICANN has adopted the Uniform Domain Name Dispute Resolution Policy (UDNDRP or UDRP), the policy for the resolution of domain name disputes. This policy provides for arbitration of the dispute instead of litigation in respect of domain name disputes. As per this policy, any person (complainant) can bring an action on the grounds that:

3. WIPO Arbitration and Mediation Center Decisions on Domain Names – World Intellectual Property Organization is the principal domain name dispute resolution service provider under the UDRP and is accredited by ICANN. WIPO provided qualified panelists, thorough and expeditious administrative procedures, and overall impartiality and credibility. A domain name case filed with WIPO is normally concluded within two months, using on-line procedures, and a minimal fee is charged. Only extra-ordinary cases are heard in person.[2]

In India, no legislation explicitly describes cybersquatting or other domain name disputes. The Information Technology Act, 2000 (IT Act), which addresses many cybercrimes, oddly ignores the problem of domain name disputes and cybersquatting. However, domain names may be considered trademarks based on use and brand reputation. In the absence of appropriate law that deals with cybersquatting, victims can initiate an action for passing off and infringement of trademarks under the Trade Marks Act, 1999.
1. “.IN” Dispute Resolution Policy – In response to these issues the “.IN” Dispute Resolution Policy (.INDRP) was formulated by the “.IN” Registry for the domain name dispute resolution in India. The .INDRP claims to be in line with internationally accepted guidelines and relevant provisions of the Indian Information Technology Act 2000. Under the National Internet Exchange of India (NIXI), the “.IN” Registry functions as an autonomous body with primary responsibility for maintaining the “.IN” ccTLD and ensuring its operational stability, reliability, and security.
Proceedings at the INDRP can be initiated by any person who considers that the registered domain name conflicts with his legitimate rights or interests on the premise that:

2. Judicial Precedence –There has been a lot of instances of cybersquatting in the past few years in India. The courts always deal with matters related to domain name disputes and cybersquatting. In India, one of the earliest judgments on cybersquatting was from the Bombay High Court in the case of Rediff Communication v. Cyberbooth[8]. In this case, the court was of the opinion that the value and importance of a domain name are as a corporate asset of a company. In this case, the defendant had registered the domain name radiff.com which was similar to rediff.com. The Court was of the opinion that internet domain names are of importance and can be a valuable corporate asset and such domain name is more than an Internet address and is entitled to protection equal to a trademark.[9]The court gave the decision in favor of the plaintiff.

The domain name aroonpurie.com was registered and appropriated by one Kautilya Krishan Pandey. He had also used a picture of Mr. Aroon Purie on the home page of the said domain name and put it up for sale. Pandey also made an offer to sell the domain aronpurie.com to Aroon Purie at a premium rate, which was contested, after which he assured the India Today Group about transferring the domain back to Mr. Purie, but did not do so. Dr. Puneet Jain, appearing for Mr. Purie, sought a permanent injunction against defendants for cybersquatting and misuse of domain name aroonpurie.com.[11]

In India, due to the absence of relevant cyber laws, cases are decided within the ambit of trademark laws by interpreting the principle of Passing off with regard to domain names in the court and by the “.IN” dispute resolution policy in India. On account of the problems Indian jurisdiction faced and the various jurisdictions looked into there is an urgent need to draft new legislation in India that would expressly deal with cybersquatting and domain name disputes.

Author: Pratibha Ahirwar, Intern at IP and Legal Filings, and can be reached at support@ipandlegalfilings.com.

Public Notice: Petition under sub-rule (6) of Rule 6 regarding Submission of documents in proceedings under the Patents Act, 1970.