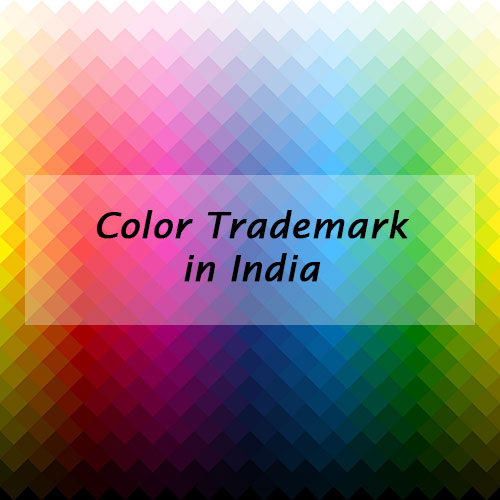 The term broadly includes marks which do not fall into the conventional set of marks (e.g. those consisting of letters, numerals, words, logos, pictures, symbols, or combinations of one or more of these elements), and therefore includes marks based on appearance, shape, sound, smell, taste, and texture.

Due to companies nowadays employing aggressive marketing strategies, numerous techniques are adopted to capture the attention of the consumers. This is where the non-conventional trademarks come into play, as these marks are beyond the purview of traditional trademarks and therefore consist of marks originating from shapes, sounds, smells, tastes and textures and give such companies an edge over their competitors, which in turn helps them in achieving a market standing, build brand image and create and maintain goodwill.

Although not specifically mentioned in the Act, the definition of a ‘trademark’ incorporates the non-conventional marks as well.

In Swizzels Matlow Ltd’s Application (No 2), the court explained two chief reasons for the requirement of the graphical representation criterion:

The replacement of the Trade and Merchandise Marks Act 1958 by the Trademarks Act 1999 was considered necessary for India to comply with the Agreement on Trade-Related Aspects of Intellectual Property Rights and to meet its obligations as a member of the World Trade Organization. Under the old act, unconventional trademarks such as color combinations per se, three-dimensional marks, smells, sounds, and tastes were incapable of being registered. This position was changed by the new act as it specifically provided for the registration of the shapes of goods, packaging, and color combinations as trademarks.

Although smells, sounds, tastes, and holograms are not specifically mentioned, the prevailing legal opinion seems to suggest that the newly amended definition of a ‘trademark’ is wide enough to include such marks.

The act recognizes that colors help in distinguishing a mark from other marks, thereby providing unique value to the product or service. However, whether a color by itself is entitled to protection as a mark remains controversial.

Most applications are filed for words, designs, symbols, logos, and other such distinguishable signs – in particular colors – to add distinctiveness to a mark. The act does not specifically provide for the registration of a single color, although it does not expressly exclude the notion. However, in practice, a combination of colors stands a better chance of registration, as long as it distinguishes the goods of one trader from another.

The Indian Trademark Registry and Courts follow the color depletion theory, which is based on two arguments- First, due to the limited number of colors, granting exclusive rights to colors would sooner or later deplete the available stock and, thus, be anticompetitive. Secondly, if color alone was protectable, trademark infringement suits would lead to lengthy litigations over ‘shades’ of color which would slow down the trademark registration process.

Under Indian law Section 10 of the Trademark Act, 1999 states that a trademark can be limited to a particular color or combination of colors. However, such limitation will only be allowed on determining the distinctive character of the mark, and in case no color is specifically claimed, it shall be deemed to be registered for all colors.

The distinctiveness of Color Mark and Case Laws

If the mark being applied is for a combination of colors which happens to be its distinctive feature, then this should be expressly mentioned at the time of filing. However, in cases where a particular color is claimed, the applicant will be required to submit evidence to show that the said color combination or color is solely associated with the Applicant or exclusively designates their goods.

This is why it is advisable to file such marks claiming usage from a particular date in order to be able to substantiate that the color or combination of colors is in fact associated with the Applicant. If the color that is claimed is common to trade then it might be difficult to claim exclusivity over it. An interesting example (provided by the Trademark Office) – GREEN as the trademark for a beer may be distinctive, however when the color green is claimed for packaging of beer bottles, it would be non-distinctive.

For the purpose of the trademark of colors, the burden of proof is on the applicant to prove that it is the essential and prominent part of the trademark since it is usually presumed that word or figurative element is the dominant part. In the recent case of Britannia Industries Ltd. v. ITC Ltd. the Division Bench of the Delhi High Court allowing the appeal held that since ITC failed to establish that the combination of Yellow and Blue in its trade dress has become a ‘badge of its goodwill’, Britannia could not be restrained from using the same color combination.

However, in the case of Cipla Limited vs M.K. Pharmaceuticals, a diametrically opposite assertion was made by Delhi HC stating that monopoly over colors cannot be claimed. On the question of color marks for pharmaceuticals, the Court stated –

“The medicines are not bought by colors from the customers. There are a thousand types of tablets available with chemists for different ailments. No one goes to a chemist and asks for red, blue, orange, peach, or white color tablets. All medicines are purchased at the advice of Doctors and they are sold on prescription. Even those tablets readily available without a prescription, are known by their names……….The distinctiveness of the medicines is in the name and not in the color and shape”.

I conclude by saying that whether or not a color is distinctive enough to be registered as a trademark, depends on the merits of the case and the nature of the goods or services it pertains to. It is clear that the person who wants to get a color trademarked must prove it beyond doubt that it fulfills the prerequisite of distinctiveness as prescribed by the Trademark Act. Even though the Act allows registration of various kinds of unconventional marks, it is incontrovertibly easier for color marks to fulfill the criteria of graphic representation. It would be interesting to see how the trademark law concerning unconventional marks evolves from hereon!

Difference Between Passing Off And Infringement Of The Trade Mark

The Conundrum of The Blue-Silver Colour Mark of Red Bull